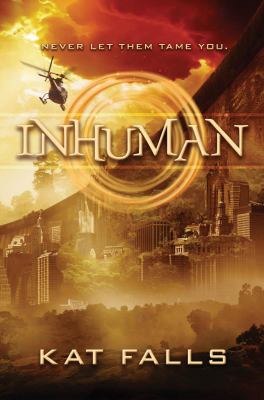 Can you believe it? 2013 is almost over. And you know what that means…end of the year time is Best of the Year time!

So here is a list of some favorite comics from the past year. They may or may not have been published in 2013. Many of the titles are ongoing series so I have just named each series as a whole rather than any specific volume.

All of these works can be checked out from LFPL. I have also named the author and main artist for each title (except for #12 where there were multiple artists over the course of its run, sometimes even in the same issue).

Due to the variety of stories being told, it was difficult to rank the items in order of preference. Instead, they are listed below in alphabetical order.

What if vampires were evolving? What if one of the meanest, low-down gunslingers of the Wild West was the first of a new breed of stronger, faster vampires? Stephen King himself adds his macabre touch to this tale of horror and revenge across the decades.

Batman: The Court of Owls by Scott Snyder and Greg Capullo

One of the best of DC’s New 52 storylines. Scott Snyder (who is also the primary writer for American Vampire) deftly continues the building of Gotham’s most important character – the city itself – that he began in the Gates of Gotham. We are introduced to the shadowy Court of Owls and to the Talons, an army of immortal assassins in service to the Court, as they decide to show Batman who really runs Gotham.

Action and comedy mingle in this fast-paced look at the life of the non-powered superhero. It’s just a man with a bow tackling problems with femme fatales, Russian mobsters, and the training of a sidekick…er, partner. The writing by Matt Fraction is quick and witty, and the art by David Aja is a perfect fit.

I, Vampire by Joshua Hale Fialkov and Andrea Sorrentino

A minor character from J.M. DeMattheis’ run on House of Mystery is now the star of his own title in the New 52 universe. The background of Andrew Bennett, the titular vampire, is revealed along the way as he battles the plans of his lover, Mary Queen of Blood, to lead a worldwide vampire revolution against humanity’s dominance over other species.

The Manhattan Projects by Jonathan Hickman and Nick Pitarra

Imagine a world where The Manhattan Project was but one undertaking of a long-running government program to investigate and master exotic science for the benefit of the U.S. Many important scientists from the mid-Twentieth Century work there but one, Robert Oppenheimer, is harboring a secret of his own that will threaten the very existence of The Projects.

The Massive by Brian Wood and Kristian Donaldson

The Massive is not just another post-apocalyptic tale. It examines what it would mean to be an ecological activist in the wake of multiple events that trigger permanent disastrous climate change. Brian Wood – best known for creating DMZ and his work on various X-men titles – keeps this exploration from becoming didactic or boring by focusing on the mystery of a disappearing ship which the main characters are seeking. Plus they have to battle pirates!

Mind the Gap by Jim McCann and Rodin Esquejo

This para-scientific thriller is about a woman admitted to the emergency room after being beaten into a coma and what her place is in an unfolding conspiracy. The protagonist, Elle Peterssen, finds herself conscious but separated from her body. She is in an indeterminate spiritual realm and wants to get back to the real world. While Elle struggles to return to everyday life, there is a lot of drama involving her friends, her family, and a mysterious stranger who seems to be orchestrating events from the shadows.

Morning Glories is part prep school drama, part Lost-style conspiracy, and all fun. Nick Spenser – creator of Infinite Vacation, a title that almost made this list – keeps the intrigue and the action going without skimping on characterization. Love them or hate them, you definitely want to know what happens to these characters.

What if a zombie outbreak happened only in a small, rural Wisconsin town? And said town has to struggle with the reintegration of its newly revived citizens into society? Not only that but it has to face the pressure from the rest of the world that is pushing at the boundaries of a CDC quarantine zone. Revival is subtitled “A Rural Noir” and that is exactly what it is. Tim Seeley doesn’t back away from showing the macabre and horror inherent in the situation. What else would you expect from the creator of the infamous Hack/Slash series?

Two alien races are at war but love unites a couple of soldiers from each race as they are pursued by their respective forces who wish to punish them for their treason. They also have to figure out how to take care of their newborn child and deal with overbearing parents! Brian K. Vaughan and Fiona Staples’ space opera never turns into corny pastiche even though its core story is as old as Shakespeare and is filled with stock science fiction trappings like space battles, mercenaries, and robots.

This series has been described by its creators Paul Cornell and Ryan Kelly as “The West Wing does The X-Files,” and they deliver on the promise of those words. Arcadia Alvarado, the Governor of New Mexico, is about to make a bid for the Presidency when she is abducted by aliens. As her staff struggles to keep her campaign from faltering, Arcadia hires Professor Joshua Kidd, a Harvard sociologist who has studied alien abduction, to help her get to the truth of UFOs and the alien agenda.

The Shade by James Dale Robinson

The Shade (a.k.a. Richard Swift) has been a super-villain since the Golden Age of comic books, primarily serving as nemesis to both the Jay Garrick and Barry Allen iterations of The Flash. But he is also an immortal who gained his powers in the same period which saw Charles Dickens rise to fame. In fact, Dickens was a great friend of The Shade when he was still a normal man. In this series we find The Shade in a morally ambiguous place as he has decided to change his super-villain ways and save his descendants from assassination by a mysterious opponent.