Many publishers of modern young adult fiction understand that kids are very visually driven. So to market their books to the “teen” population, some have begun creating “Movie trailers” of their books. You get to jump into the story visually and decide if you want to give the book a try. Here are some of my favorites:

The Forest of Hands and Teeth by Carrie Ryan

Dorothy Must Die by Danielle Paige

Under the Never Sky by Veronica Rossi

A friend recently asked me what my favorite books from 2013 were. After drawing a blank and staring at her stupidly, I blurted out a couple of titles so I wouldn’t seem like a total idiot. Since then, I have had time to better reflect upon my answer to that question, so here are my 3 favorite teen novels from 2013: 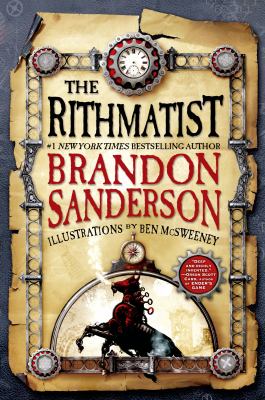 The Rithmatist by Brandon Sanderson is about a boy named Joel who wants to be a Rithmatist so he can help defend humanity against the threat of the Wild Chalklings (trust me, they turn out to be much more ominous than they sound). Joel lives at the Rithmatist academy because his mother works there, and his father used to be the chalkmaker for the academy. Even though Joel has studied all the circles and marks that the Rithmatists make, he has been told that he himself cannot join the students to learn the craft. But then students start disappearing, and Joel, along with a girl named Melody, must help the professor who is assigned to investigate the disappearances to figure out what happened to them. 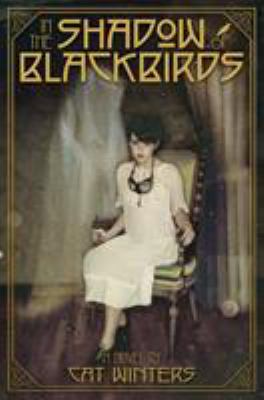 In the Shadows of Blackbirds by Cat Winters takes place during the Spanish Flu epidemic of 1918. Mary Shelley Black is sixteen and staying with her aunt in San Diego. Many people have died from the flu, which leads many of their loved ones to attend séances and seek out “spirit photographers” to try to make contact with their dead one last time. Mary herself doesn’t believe in ghosts, until the death and return of the boy she loves makes her reconsider that position. 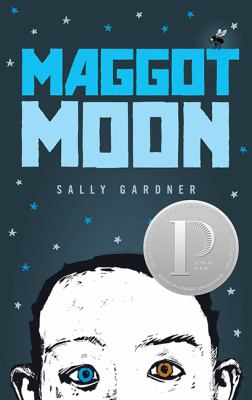 Maggot Moon by Sally Gardner takes place in a very bleak alternate reality, and it is about Standish Treadwell, who sees things a little differently from most people. One day, his friend Hector sees something that the Motherland has been keeping secret and then disappears soon afterwards, leading Hector on a quest to save his only friend.

I am also very excited about some books that are coming out in 2014: Dreams of Gods and Monsters by Laini Taylor, which is the 3rd in the Daughter of Smoke and Bones series, due out in April; The Unbound by Victoria Schwab, the second in The Archived series (the first of which made me realize something I had never thought about before: I would not want to be a librarian of dead people – not FOR dead people, OF dead people), due out the end of January; and Raging Star by Moira Young, the third in the Dust Lands Trilogy, due out in May.

We are proud to share a playlist of last year’s featured films from our first Louisville Young Filmmakers Festival. From truly terrifying to heart warming, these were screened at the final film premier March 16, 2013 at the Main Library.

Check them out, and be sure to submit your films by March 1, 2014 for this year’s festival.

Looking to get started? Join us this Saturday, January 11, 2pm at the Main Library for a special festival workshop, and learn the basics of filming and editing. We will be making a festival teaser trailer for the Library’s website.

ACT Practice Tests at the Library

Preparing for the ACT is challenging, and many students find their biggest hurdle is combating test anxiety. I have spoken to many teens who say they have difficulty focusing when taking timed tests. You can refresh on grammar rules and practice math equations with a book, but only the real thing can show you how well you perform in the testing environment. If you want to test drive the ACT, take advantage of the FREE practice tests taking place at the Louisville Free Public Library!

Here are the upcoming ACT practice tests at the Main Library

If you are interested in registering for one of the practice tests, please call the Main Teen department, 574-1724. Sign-ups are limited to 75 students, so register early. On test day, you will need two #2 pencils, a calculator, and a snack. There will be a 15-minute break. Please arrive at least 15 minutes early to ensure you are in the testing room on time; latecomers will not be allowed into the auditorium. The practice test will last approximately four hours.

What if I can’t make it to a practice test?

We also offer free practice tests online through the Learning Express Library. To log in from home, you will need your library card number and password. ACT practice tests can be found under College Preparation. You will need to make an account with the Learning Express Library to access and store your test information. Please contact your home branch if you need assistance.

You can access the Learning Express Library and other ACT Prep resources through our ACT help page.

Part of the festival fun includes our community-led workshops. We are pleased to announce this year’s lineup:

Bring a friend, and dive into the exciting world of film making with your Library!